The musician passed away on March 18, aged 90

Fans in St. Louis, Missouri have paid tribute to the late Chuck Berry ahead of a private memorial service.

A four-hour public viewing took place at The Pageant club in the musician’s hometown today (April 9), with fans queuing up before dawn to pay their respects.

Berry lay in an open casket with his cherry red Gibson ES-335 electric guitar bolted to the inside of its lid, Billboard reports. A musician outside the venue reportedly played songs famously performed by the icon, including ‘Johnny B. Goode’, ‘Sweet Little Sixteen’ and ‘Roll Over Beethoven’.

Flower arrangements were displayed in the room, including one in the shape of a guitar sent by The Rolling Stones. 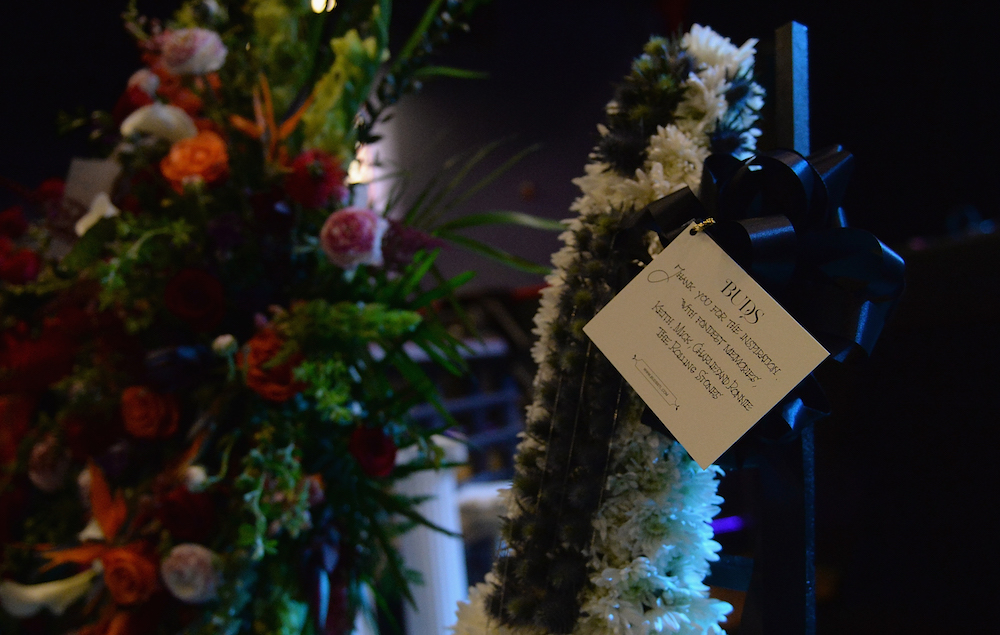 A private memorial service and celebration was scheduled to take place after the public viewing concluded, with only Berry’s friends and family permitted entry.

Police were called to Berry’s Missouri home on March 18 when he was found to be unresponsive. He was confirmed to have passed away that afternoon.

Berry was considered a pioneer of the rock and roll genre. His first single, ‘Maybellene’ was one of the first songs to be classified as a rock and roll hit. Berry won a Grammy Lifetime Achievement award in 1984 and was inducted into the Rock and Roll Hall Of Fame in 1986.

The post Fans pay tribute to Chuck Berry in St. Louis ahead of private memorial service appeared first on NME.