‘It will be insane’

Fall Out Boy have said that their upcoming tour will be ‘insane’ – and said that they would ‘love’ to headline Glastonbury in the future.

Bassist Pete Wentz was talking to NME after unveiling their ‘extreme’ new single ‘Young & Menace’ and their ‘political’ new album ‘M A N I A’, when we asked when they might be touring the UK again.

“So we started planning our initial stage show,” Wentz told NME. “We have some US arena dates and of course the UK is one of the biggest places for us, so I’m sure we’ll go there but we don’t have anything booked yet. I think that it’s interesting for us because we’re like a band, we need like the bass, the guitar, the drums. So we’re trying to figure out a way to make the stage show be different  but at the same time have all those elements.” 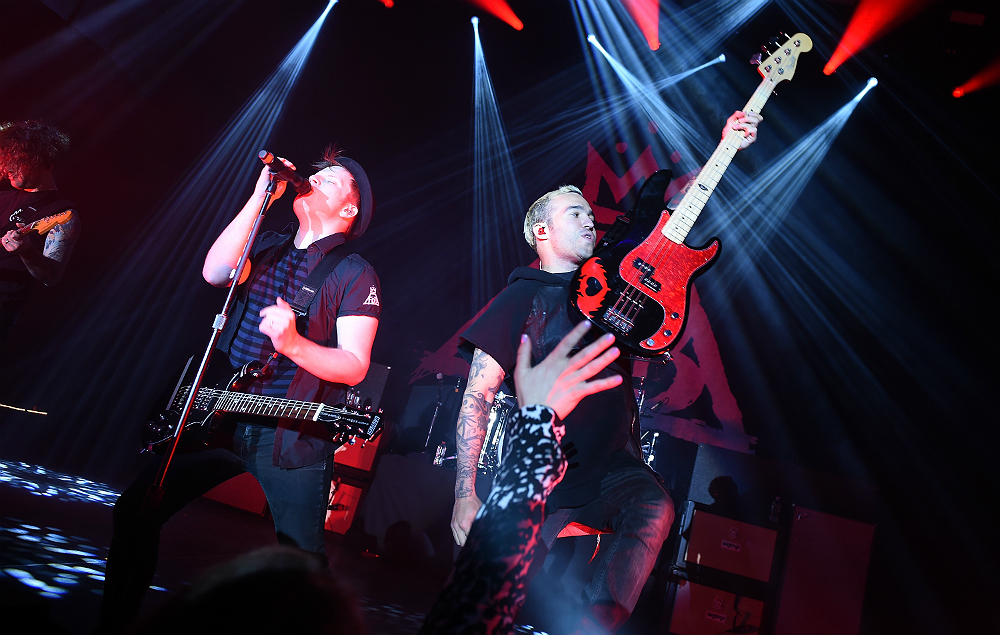 Asked how it will compare to the ambitious theatrics of their last tour, Wentz replied: “I think that it’ll be insane. When we did Reading and Leeds we were kinda like thinking about the Guns N’ Roses Tour and all these iconic moments, and we thought ‘if we’re gonna headline this thing we’ve gotta go out there and do the biggest Fall Out Boy show there is’. I don’t know if we’ll have 50 people on stage with us again and try to burn down a field, but I think it’ll be still big and weird.”

When we put to them that they might be able to make the step up from headlining Reading and Leeds to topping the bill at Glastonbury, Wentz said: “Dude, I mean, it would be so cool, I mean, it’s so legendary. I mean, if they ever ask us I’m sure we would.”

Read more of our interview with Wentz talking Trump, youth revolt and their new album here.

Fall Out Boy will release their seventh album ‘M A N I A’ on September 15.