‘Not only was he a good friend, but he was probably one of the most brilliant songwriters this country’s ever produced’

Elton John has paid another heartfelt and emotional tribute to his late friend and collaborator George Michael.

“I wanted to do a little tribute to him on the show because not only was he a good friend, but he was probably one of the most brilliant songwriters this country’s ever produced, and certainly one of the best vocalists ever,” he said. “One of the best in the world.”

He continued: “It was an amazing friendship based on music to start with, and I remember sitting in the car just off of Hyde Park listening to a cassette of ‘Wake Me Up Before You Go Go’ and I said, ‘George, that’s the nearest record I’ve heard to a Motown record for years and years.’

“It was such a great record, and he and I became great friends. I just want to remember him for his wonderful music and his kindness, which people are commenting on.”

Continuing to praise George’s personality, he added: “He was the kindest, most generous man, and did it without wanting any publicity. I’ve seen him being so kind to so many people. I’ll miss him so much for his music but more than anything for his humanity.” 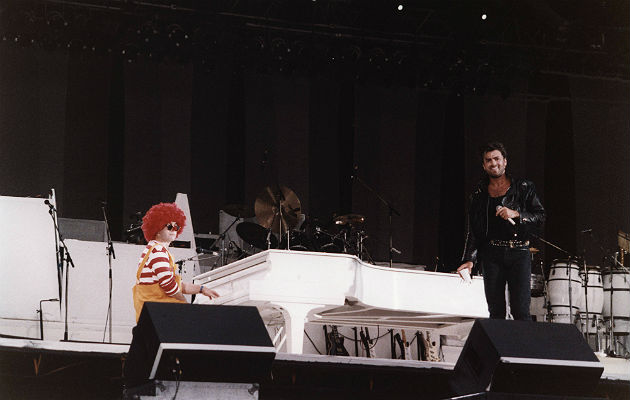 Sir Elton paid tribute to Michael shortly after his death, writing: “I am in deep shock. I have lost a beloved friend – the kindest, most generous soul and a brilliant artist. My heart goes out to his family and his fans.”

News of Michael’s often anonymous acts of kindness have spread since he died – donating tens of thousands of pounds to good causes.

Meanwhile, it was recently revealed that George Michael’s funeral could be delayed yet again as investigations into his cause of death continue.