Ed Sheeran‘s new album ‘÷’ is tipped to be the best-selling record in the UK this year.

With fans describing the record as “incredible”, bookmakers Betway are now tipping the record to be the biggest seller in the UK charts during 2017, giving it odds of 11/8.

‘÷’ has also been given odds of 7/2 to win Album of the Year at next year’s Grammys and 5/1 to sell more than Adele ’21’ in its first month. At longer odds of 50/1 is the possibility of the record becoming the best-selling UK album in history. 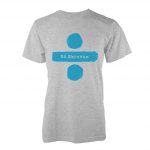 Sheeran graces the cover of this week’s free NME.

Meanwhile, his upcoming UK and Ireland tour dates are below. Tickets are on sale here.

The post Ed Sheeran’s ‘÷’ tipped to be the UK’s best-selling album of 2017 appeared first on NME.