He also vows to work with Taylor Swift

Ed Sheeran has revealed the nature of his role in the upcoming ‘Game Of Thrones’ season seven, as well as discussing future projects in film and with Taylor Swift.

Last month, producers confirmed that the ‘Shape Of You’ singer would be making a cameo in the hit fantasy show – partly to surprise actress and super-fan Maisie Williams.

Now in conversation with Tom Green from The Hits Radio, Sheeran has opened up about his experience in the series.

Describing a ‘star struck moment’, Sheeran said: “Taking a pee next to Kit Harrington before I knew him, obviously being a big ‘Game of Thrones’ fan.”

As for his upcoming cameo, Sheeran said: “I just do a scene with Maisie. I sing a song and then she goes, oh, that’s a nice song.”

Speaking of his part in GoT earlier this month, Sheeran said: “I do know which role I am going to play. I don’t die in it, I don’t die. I’m only in it for like five minutes.”

After revealing that his character doesn’t experience a grizzly fate, Sheeran continued: “I’d probably prefer to have sex than die in the show. I’m sure a lot of people are into that but I’m not.” 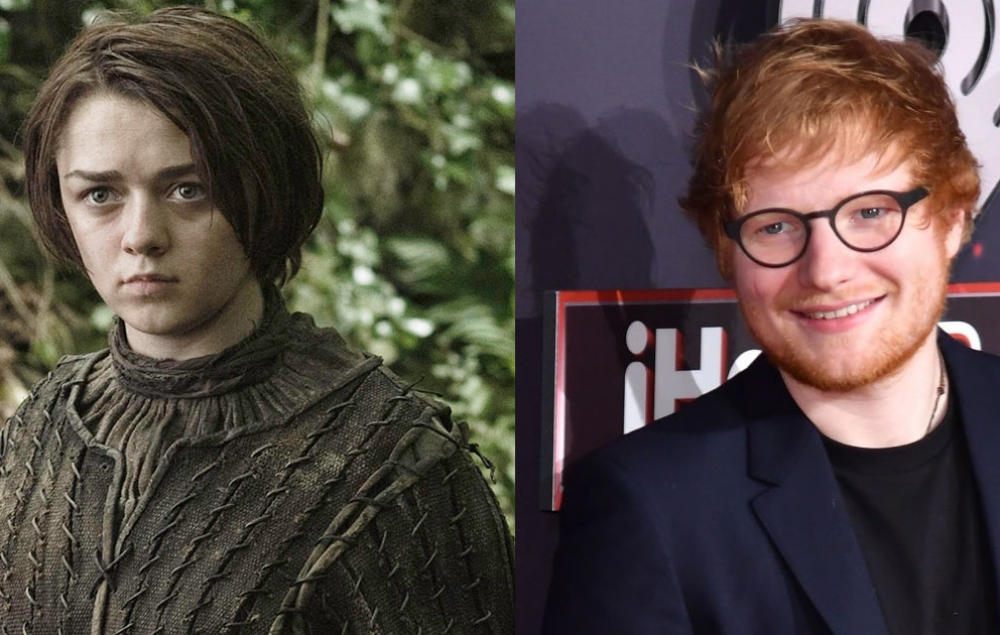 Elsewhere in his interview with The Hits Radio, Sheeran opened up about his upcoming film project.

“I’m working on one film, I’m gonna do the soundtrack of and star in and essentially help put together,” he said. “I wanted to do ‘Eight Mile’ meets ‘Notting Hill’.”

And as for whether or not he’ll ever collaborate with Taylor Swift, he added: “Eventually. We have spoken…There’s always been a plan to but I’ve just brought out an album. I believe she’s working on one. Yeah, we’re gonna.”

As well as headlining Glastonbury alongside Radiohead and Foo Fighters, Ed Sheeran’s upcoming UK tour dates are below. Tickets are available here.

Meanwhile, Game Of Thrones will return for season 7 on July 16 in the US on HBO. Sky Atlantic and Now TV will premiere the episode in the UK at 2am on July 17, with a repeat scheduled for 9pm on the same day.

The post Ed Sheeran reveals his role in ‘Game Of Thrones’ and discusses film project appeared first on NME.

Jim Broadbent drops spoiler about his ‘Game Of Thrones’ character