Ed Sheeran has responded after being presented with the viral photo of his ‘baby lookalike’.

Last week, the below photo of two-year-old Isla Walton went viral as thousands shared it with the caption “why does this baby look more like Ed Sheeran than Ed Sheeran does?”

Today, Sheeran was presented with an image of young Isla during an interview on Good Morning Britain after his show for Teenage Cancer Trust at London’s Royal Albert Hall last night – to which he replied: “She’s not mine, she’s not mine! I’m telling you! It’s mad the kinds of things that go viral!”

Last week the little girl’s mother, Zoe Walton from Exeter in Devon, responded to her daughter’s new-found internet fame, saying: “I can’t believe how viral it has gone.”

Zoe Walton also said she hopes that Sheeran himself will “one day” make contact with her daughter Isla, his baby doppelganger, who celebrates her third birthday in May. 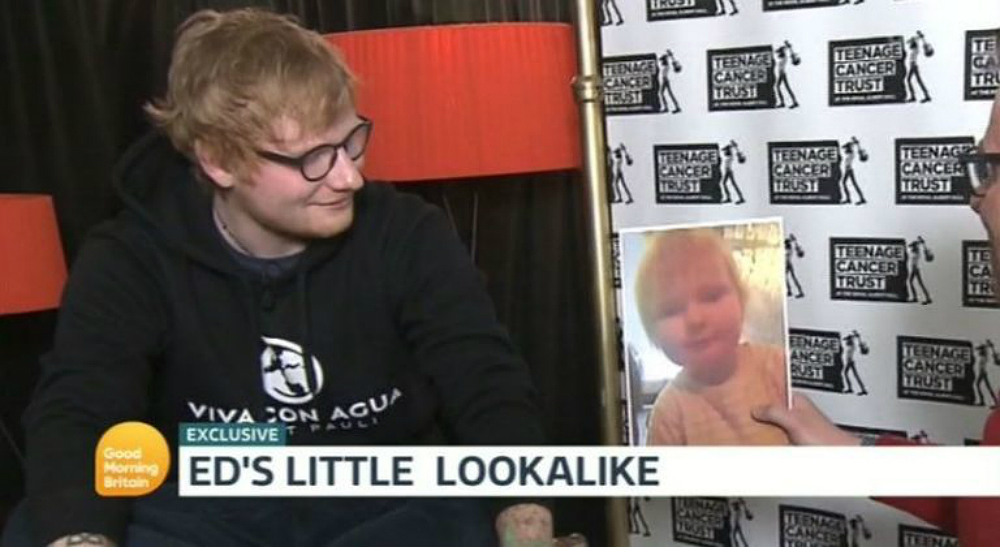 Meanwhile, it has emerged that Sheeran has given songwriting credits to the writers of TLC’s R&B classic, ‘No Scrubs’, because of alleged similarities with his Number One hit ‘Shape Of You’. This week, ’80s favourite Rick Astley has covered ‘Shape Of You’ on his latest tour.

As well as headlining Glastonbury 2017 alongside Radiohead and Foo Fighters, Ed Sheeran’s upcoming tour dates are below. Tickets are on sale here.

The post Ed Sheeran responds to his ‘baby lookalike’ appeared first on NME.

U2 accused of ‘stealing’ song for ‘Achtung Baby’