‘Eagles of Death Metal: Nos Amis (Our Friends)’ will premiere in the US on HBO on February 13

Eagles of Death Metal frontman Jesse Hughes has spoken about the forthcoming documentary which follows the band’s return to Paris following the Bataclan terrorist attack in November 2015.

Eagles of Death Metal: Nos Amis (Our Friends), which is set to premiere on HBO in the US on February 13, recounts the story of the terrorist attack that killed 89 people during an Eagles of Death Metal gig at the Bataclan venue in Paris. The attack was part of a series of co-ordinated terrorist acts in the French capital on the night of November 13 2015, in which 130 people were killed.

Directed by Colin Hanks (son of actor Tom), Nos Amis features interviews with Hughes and his bandmates, as well as focusing on Hughes’ close friendship with Queens of the Stone Age frontman Josh Homme. 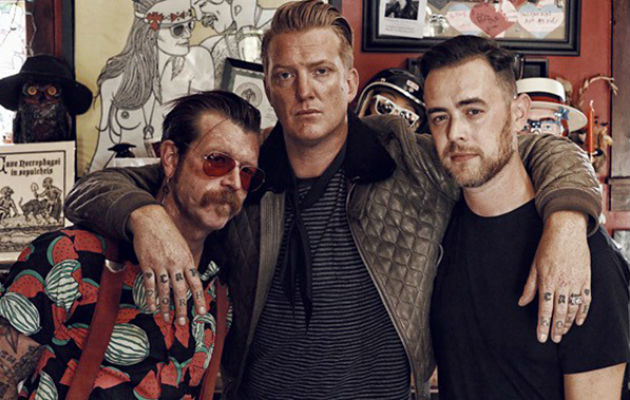 Speaking at the documentary’s premiere in LA on Thursday (February 2), Hughes spoke of the immense difficulty of revisiting the attack. “There is nothing easy about this. But that doesn’t matter.”

Homme, meanwhile, commented on how he felt the documentary was an “important” part of the grieving process.

“When Colin started mentioning that he felt it should be captured — that it had an importance — it was a surprise to me. It’s hard to take a compliment about something like this.

“It would have been a shame if the punctuation of this events was just violence and body count. [The documentary] doesn’t explain anything, but it was worth a shot.”

The final trailer for Nos Amis was released last month – watch it here.

The post Eagles of Death Metal’s Jesse Hughes on Bataclan documentary: “There is nothing easy about this” appeared first on NME.