Dave Grohl, Brad Pitt, and Metallica’s Lars Ulrich and James Hetfield were among the mourners at yesterday’s (May 26) private funeral

A private funeral for Chris Cornell took place in LA yesterday (May 26) as the late Soundgarden frontman was laid to rest.

Yesterday’s memorial service took place following the singer’s tragic death in Detroit on May 17. He was 52. 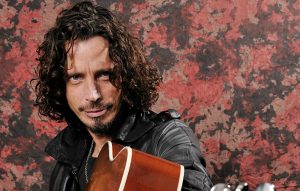 A small group of fans gathered outside the cemetery gates during the service, with Soundgarden music playing from a stack of speakers. Mourners gathered for the funeral on the cemetery’s Fairbanks Lawn, where they were greeted with rows of white chairs and flower arrangements as Audioslave’s ‘Like A Stone’ played from the speakers.

As mourners exited the funeral, Temple of the Dog’s ‘All Night Thing’ played in the background.

TMZ reported that Cornell’s ashes have been buried next to his late friend Johnny Ramone.