The Wombats, Slaves and more to join them at Community Festival

Catfish & The Bottlemen have been announced to headline a brand new London Festival, with The Wombats, Slaves and more also confirmed for Community.

Community will also see the likes of The Hunna, Darlia, Fickle Friends and RedFace all perform at the one day event in the capital’s Finsbury Park. The festival has been labelled as ‘a one day celebration of the best in new music’.

“Finsbury Park has been a real hub for live music for many decades, so we can’t think of anywhere better to launch a new music festival in London,” said Festival Replublic’s Melvin Benn. 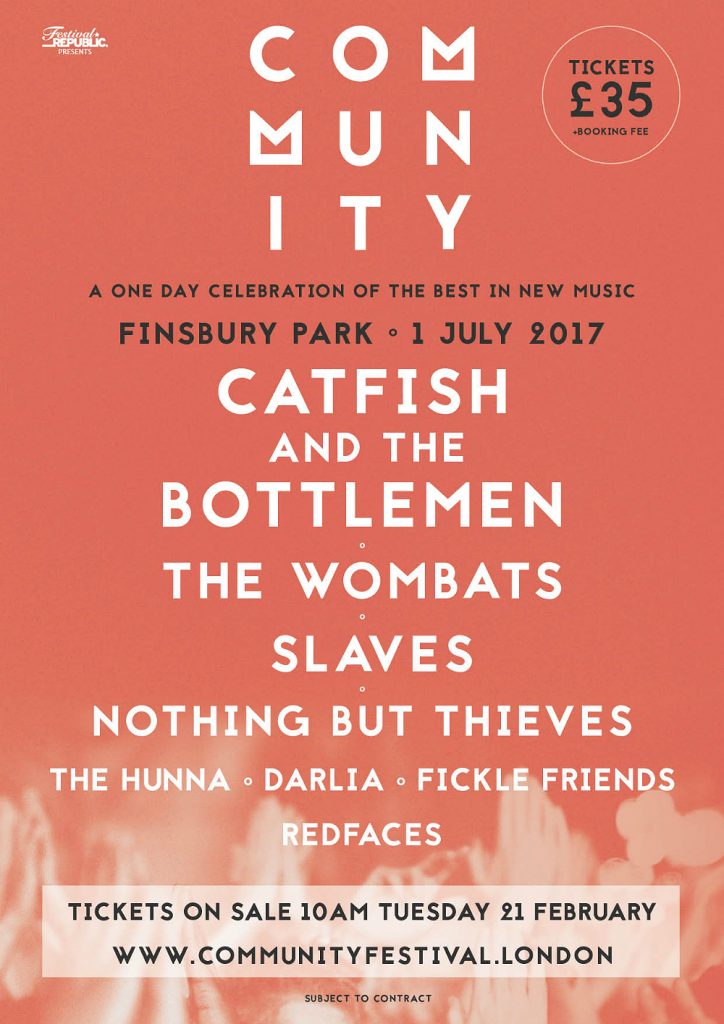 Community Festival was born from a multi-venue event featuring hundreds of breaking bands across Shoreditch, which took place in 2015 to great acclaim. Now it moves to Finsbury Park – the legendary London location that’s seen seminal performances from the likes of Arctic Monkeys, Stone Roses, KISS and many more.

The festival takes place on Saturday 1 July, with tickets on sale from 10am on Tuesday 21 February and available here.

The show will round off a huge campaign for Catfish & The Bottlemen’s acclaimed 2016 album ‘The Ride‘, while The Wombats will spend 2017 celebrating 10 years of their landmark debut album as well as releasing new material.

Guns N’ Roses and The Who announce joint tour