Featuring bears and a nod to the EU

British Sea Power have unveiled the surreal new video for ‘Keep on Trying (Sechs Freunde)’. See it first on NME below.

Taken from their upcoming sixth studio album ‘Let The Dancers Inherit The Party’, the new single follows on from ‘Bad Bohemian‘ with another rush of autumnal anthemic indie.

As esoteric as ever, the lyrics refer to the German translation for ‘six degrees of separation’. The track comes with a fittingly surreal video – a breakneck montage of Dada-esque fever dream imagery, complete with a dancing bears and a nod to the European Union.

British Sea Power release ‘Let The Dancers Inherit The Party’ on March 31. Their upcoming UK tour dates are below. Tickets are on sale here. 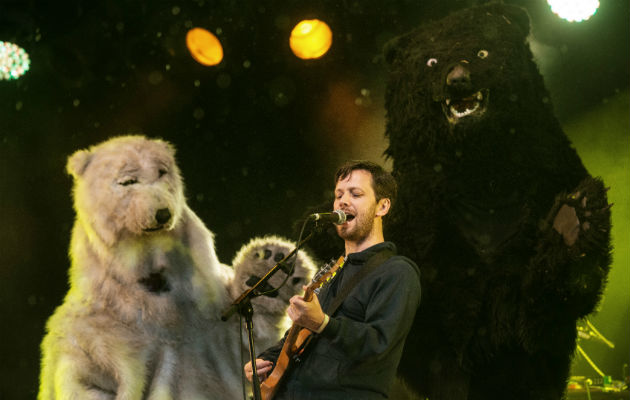 “Musically, it’s our most direct album and maybe the first one where we maintain a coherent mood from start to finish,” said BSP Martin Noble about the record. “Perhaps a little clarity isn’t a bad thing at this point. There wasn’t a plan to create an album with any particular subject matter but we’ve kind of ended up with a case of ’think global, act local’ – an album where individuals are dealing with their domestic and personal lives against a background of uncontrollable international lunacy.”