Bono says he’s been introducing his son to Oasis

U2 frontman has also been listening to Leeds punk band Eagulls

Bono has revealed that he’s been introducing his teenage son to Oasis.

The U2 frontman was speaking to Chris Evans on his BBC Radio 2 Breakfast Show earlier today (April 20) when he was asked if he listens to vinyl records with his children.

Bono replied, saying: “[The record player] is in the kitchen… I’ve just been going through the 90s with [Eli, 17]. Noel Gallagher, Stone Roses, Oasis, all that. He’s rediscovering that and I’m rediscovering it with him. All on vinyl.”

The singer also revealed that he’s a fan of Leeds punk band Eagulls.

“We at home do have house parties still. Some of the better ones are now done by my sons and daughters,” Bono said. “We’ve been playing all kinds of things. Yesterday we listened to the new Eagulls album. I’m not talking about the Californian band, I think they’re from Leeds maybe. [It was] really great.” 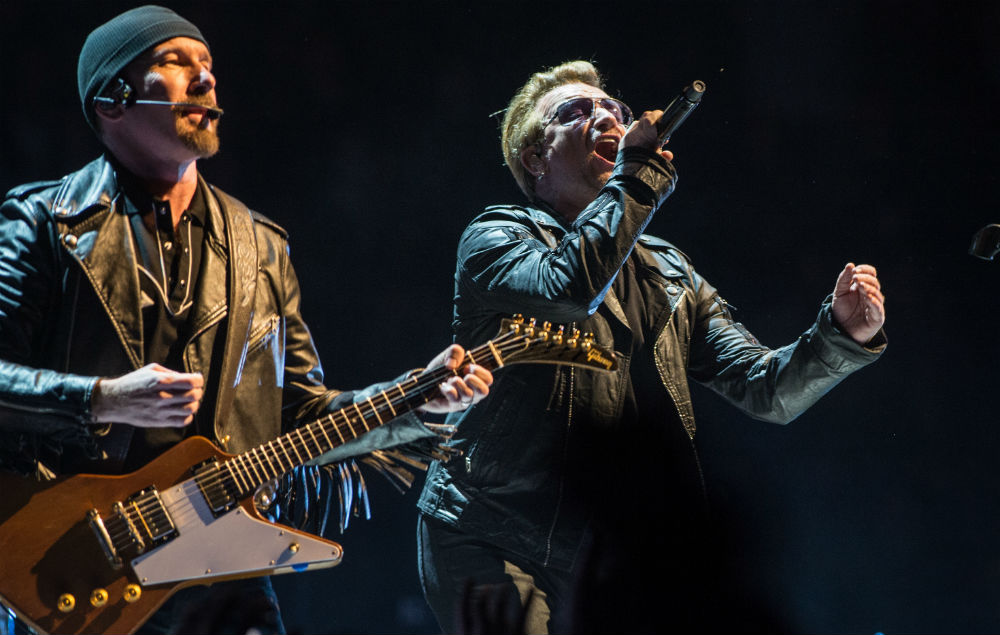 Meanwhile, U2 are marking the 30th anniversary of ‘The Joshua Tree’ with a reissue box set this June. They also recently shared a new version of ‘Red Mining Town’ ahead of its special re-release on Record Store Day 2017.

The post Bono says he’s been introducing his son to Oasis appeared first on NME.