The next destination for Björk‘s VR exhibition, Björk Digital, has been announced by the artist.

Having previously had showings in Tokyo and London, the exhibition itself allows patrons to immerse themselves in two virtual reality experiences: ‘Family’ and ‘Notget’. Films directed by Andrew Thomas Huang will also be available to view, while footage of Björk performing ‘Quicksand’ in Tokyo will also be part of the new exhibition.

Björk Digital will next take up residency in Los Angeles, running in the California city from May 19 to June 4. Housed in the Magic Box at The Reef, the arrival of the exhibition in LA will be complemented by a special live performance by the exhibition’s curator. 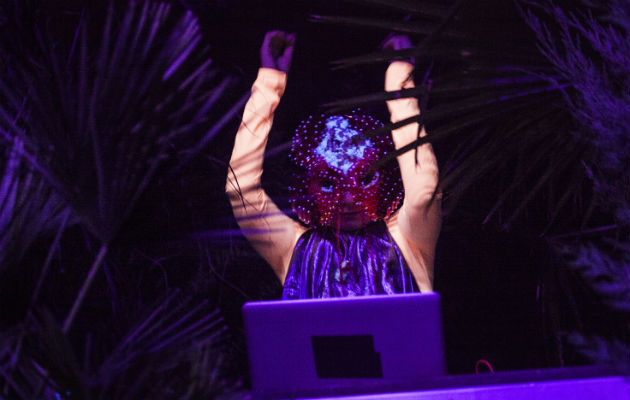 Teaming up with the LA Philharmonic – who will be conducted by Bjarni Frímann Bjarnason – Björk will perform at the Walt Disney Concert Hall on May 30 as part of the larger Reykjavík Festival.

Tickets go on sale from tomorrow (March 6). Find out more details about the exhibition and the special live show here.

Back in December, Björk hit out at media sexism in an open letter that she posted on her Facebook page.

“Women in music are allowed to be singer songwriters singing about their boyfriends,” she wrote. “If they change the subject matter to atoms, galaxies, activism, nerdy math beat editing or anything else than being performers singing about their loved ones, they get criticised; journalists feel there is just something missing … as if our only lingo is emo…”

‘Black Mirror’ episode is being turned into an art exhibit

The Cribs to be the subject of new exhibition

The next season of ‘New Girl’ will be the last