Jas Prince and Aspire Music are behind the new lawsuit, with Prince long claiming that he originally discovered the Toronto rapper

Birdman and the labels Cash Money and Young Money are being sued over an alleged unpaid share of profits from Drake‘s recordings.

James “Jas Prince” and the Aspire Music Group – who claim to have signed the Toronto rapper back in 2008 – are suing Birdman, his brother Ronald “Slim” Williams and the two labels for what they see as their unpaid share of profits from Drake’s music.

The new legal action – uncovered by Pitchfork – follows an existing lawsuit filed by Aspire earlier this year against Cash Music, which again relates to alleged unpaid profits from Drake’s music. Cash Music were co-founded by Birdman and Slim Williams, who signed a deal with Aspire in 2009 that purportedly earned the latter one-third of the profits from any “commercial exploitation” of Drake’s music. 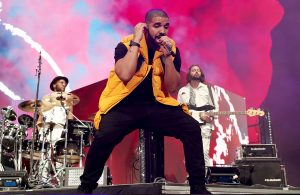 Meanwhile, Drake has accused a country club based near Coachella of racial profiling.

Drake shared a logo of the Madison Club on his Instagram page, before declaring that it was “the most offensive place I have ever stayed at in my life, with staff who pick and choose who they are going to accommodate based on racial profiling.”

Drake’s fans have since taken to Google to give The Madison Club one star reviews.