‘We’d love to headline Glastonbury – why the hell not? We’re a good enough band for it’

Biffy Clyro have said that they plan to ‘raise metal’ as they take on the challenge of headlining Download Festival – as well as saying that they ‘deserve’ to headline Glastonbury. Watch our video interview with the band above.

The band spoke to us at the VO5 NME Awards 2017, where they picked up the award for ‘Best British Band‘.

This summer sees the band headline Download Festival alongside System Of A Down and Aerosmith. Speaking to NME about the ‘challenge’ for topping the bill at such an iconic metal event, bassist James Johnston said: “We’ve played there a few times before and always really enjoyed it. There’s such an amazing history with that festival as well and I guess we’re just trying to create a little bit of our own when we go along. We can’t wait, it’s going to be a lot of fun. ”

Frontman Simon Neil added: “Metal raised us, so we will raise metal that night.

“Metal fans love something fast on the bottom string of the guitar and that’s fine. Heavy music has transformed so much in the last 10-20 years, some for the better and some for the worse. ‘Heavy’ can be just a state of mind – so we’re fucking heavy.”

Asked if they might ‘channel the spirit of Black Sabbath’ for their set, Neil joked: “Yeah, I’m going to get a guy singing behind the scenes and we’re going to be playing the same set for the next 27 years!” 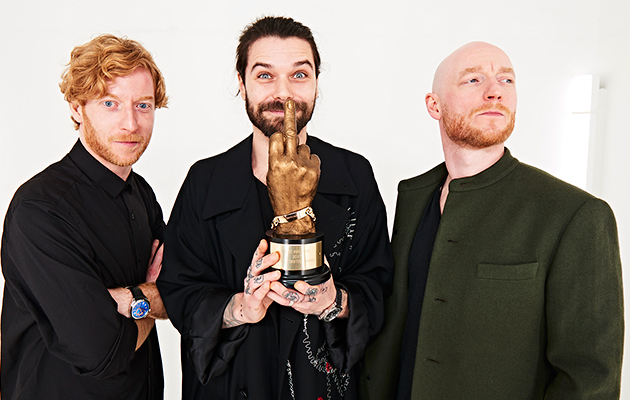 Asked if they see themselves one day stepping up to headline Glastonbury, Neil replied: “It’s more than a music festival, I think it’s such a cultural touchpoint and touchstone. We’d love to do it one day, that’s the plan. I mean, why the hell not? We’re a good enough band for it.”

He added: “It’s just such a moment in time. I think every Glastonbury festival really captures the essence of what’s happening at that time. Actually, I don’t know why we’re not headlining now I’ve just said that! No, but we’re happy to wait for Glasto, you know.”

The post Biffy Clyro discuss plans for Download 2017 and headlining Glastonbury in the future appeared first on NME.