An arrest warrant has been issued for Azealia Banks after she missed a court date relating to her 2015 arrest for biting a female bouncer’s breast.

The rapper/singer was arrested in New York in December 2015 after allegedly punching a female security guard outside a nightclub and “biting her in the boob”. It was claimed that Banks was “screaming at the top of her lungs, cursing” after being thrown out of an invite-only party. She was accused of spitting in a female bouncer’s face and biting her on the breast, “almost breaking her shirt” and “caus[ing] swelling and redness”. Banks was charged with a misdemeanor of third-degree assault, attempted assault, disorderly conduct and harassment violations.

Pitchfork now reports that a New York judge has issued a warrant for Banks’ arrest after a missed court appearance. The star’s attorney has issued a statement, explaining that Banks was in France for Paris Fashion Week: “Azealia Banks mistakenly believed she had a court appearance on March 8 instead of March 6. She was in France for Fashion week due to meetings and other social gatherings and was not able to arrange her flight in time to appear today. She apologizes and will apologize in person to the Court for missing her scheduled hearing. In addition, she attempted to appear via a New York Attorney and through a close family member. Ms. Banks will go to the department to remedy the situation as soon as possible. Again, she apologizes for the inconvenience that may have caused the Department.” 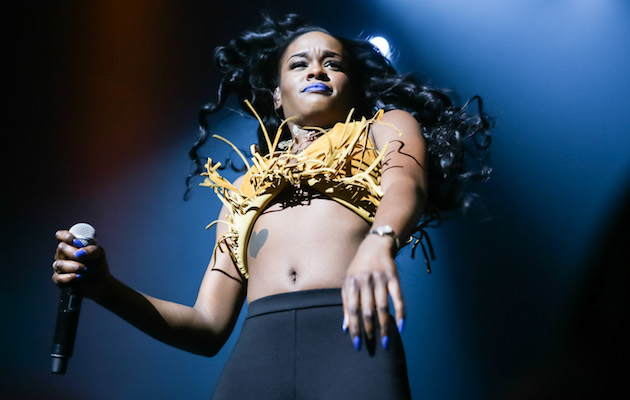 Banks has recently made headlines for criticising Lana Del Rey for promoting anti-Trump witchcraft, leaking Rihanna’s phone number as the pair argued about Trump’s Muslim ban and revealing that she sacrifices chickens in her closet.