Frontman also discusses the nerves he feels before heading out on stage.

Anthony Kiedis has revealed that he has sustained a leg injury while performing with the Red Hot Chili Peppers on their current run of live dates.

The band are currently touring in support of last year’s ‘The Getaway’ album and recently played an emotional gig in Detroit, drummer Chad Smith’s hometown.

“I’m always getting banged up, and hurt, and repairing, and recovering, and hurting, and it’s just normal,” Kiedis told ET Canada. “At the moment, I have a torn tendon in my ankle from spinning around night after night, but it’ll heal.”

He also admitted that he actually wants to feel nervous before heading out on stage, saying: “I’d be a little bit lost without the nerves. I’d want to be borderline ready to throw up from nerves, and then I’m ready to go.” 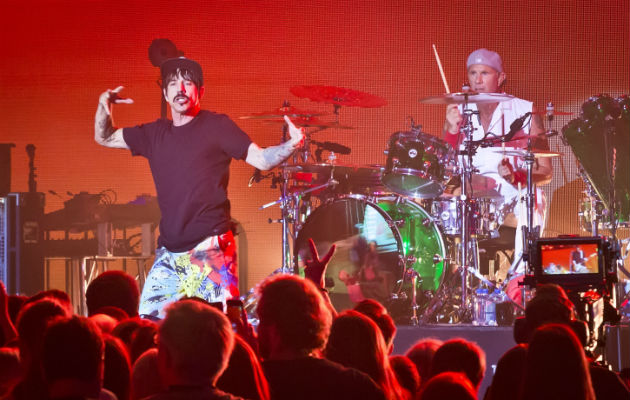 After completing their run of North American dates, The Red Hot Chili Peppers will join the European festival circuit this summer – including a live fixture at the first ever first Lollapalooza Paris in July.

They are also set to headline Benicassim 2017 in June alongside Foals and The Weeknd.

They hit the UK last December for a run of shows which featured a hit-packed setlist and support from BABYMETAL.