Singer has performed with Queen since 2011

Adam Lambert has revealed to NME that singing with Led Zeppelin would be a dream of his.

Lambert, who rose to fame on US talent show American Idol before finding success as a solo artist, has been the touring frontman of Queen and replacement of Freddie Mercury with the band since 2011. Earlier this month, the rock veterans announced a massive arena tour of the UK and Ireland.

Speaking to NME recently, Lambert was asked what other bands he has dreamed of fronting, apart from Queen. He replied: “I’ve got the full fantasy so I don’t know if I would even attempt to do another.

Lambert added: “I don’t know, that’s a big question, I mean I would love to sing some Led Zeppelin.”

Elsewhere in the interview, Lambert also discussed what to expect from Queen’s upcoming UK and European tour – revealing that they were inspired by their classic album ‘News Of The World’.

“Well I mean the particulars aren’t quite all ironed out yet, we still have quite a lot creative conceptual conversations,” Lambert told NME. “The one thing that is moving forward is definitely the look of the stage. That’s been reinvented but it’s all sort of evolving as we speak. We were emailing back and forth about how to reinvent the setlist and do it different ways from what we’ve gotten used to doing, and I think its just important.

“We have fans that have come and seen us more than once and many of them that have been around the last four or five years. So it’s important to not feel like were just repeating ourselves, even though we’re gonna still perform the same massive hits that Queen is so well know for. We’re trying to put in different context and give different visuals or companions to them. Its going to be fun, I’m excited for the challenge of tweaking the whole show and making it feel new.” 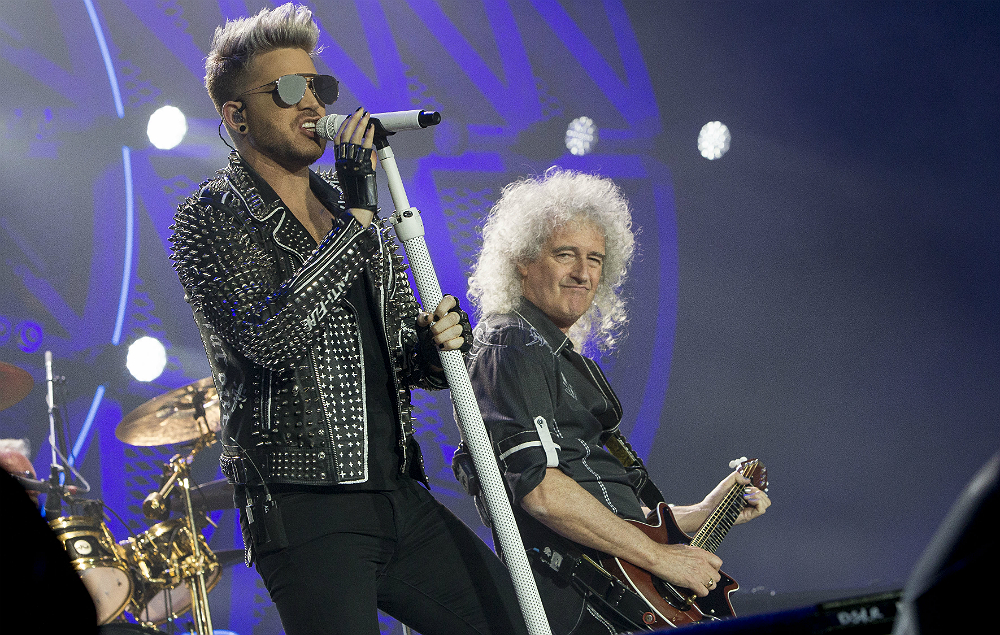 Adam Lambert with Brian May of Queen

This year marks the 40th anniversary of Queen’s classic album ‘News Of The World’ – which held tracks such as ‘We Will Rock You’ and ‘We Are The Champions’.

Asked if the band might be tempted to play the album in full, Lambert replied: “I don’t know if that is on the table, but that was sort of the main catalysts when we started conceptualising this new tour. We talked about that. That’s definitely one of the key new ideas we would bringing into it. There is definitely gonna be a couple songs from that album that we haven’t done before.”

He added: “Even visually, there are some nods to it. It’s been really cool to use an album anniversary as a focal point for stage design. That might not make a lot of sense now, but when you come and see the show you’ll be like ‘ah OK, I get it’.