‘I hope that we as a country can wake up’

Adam Lambert has slammed Donald Trump and his first 100 days in office, calling his term so far ‘a fucking mess’.

The American Idol star and touring Queen frontman has often been very vocal in his opposition against the Trump administration.

When asked about the recent landmark of Trump making it to 100 days in The White House, Lambert told NME: “I think it’s been a fucking mess really, and I think anyone who was on my side of the fence would agree with me – but you know, I hope that we as a country can wake up. Hopefully in three and half years from now, in the next term, we can make better decisions as a whole country. I hope more and more people will step up and make the changes that we need to make.”

He continued: “There are masses of people who don’t get involved because they don’t feel like they matter. The way that media is consumed and that the world socialises and communicates with each-other, makes it easy to get distracted by the tabloids. Unfortunately, I think that was part of Trump’s strategy – to kinda get into some sort of reality TV type of name-calling and BS.

“I think a lot of people fell for it because we’ve been told that we’re supposed to consume. There’s a lot of information that becomes so saturated. You know, you could have one celebrity standing soapbox and we need the people to take control of our country and not just leave it to celebrities to steer it one way or another. I don’t think that is going to be enough.” 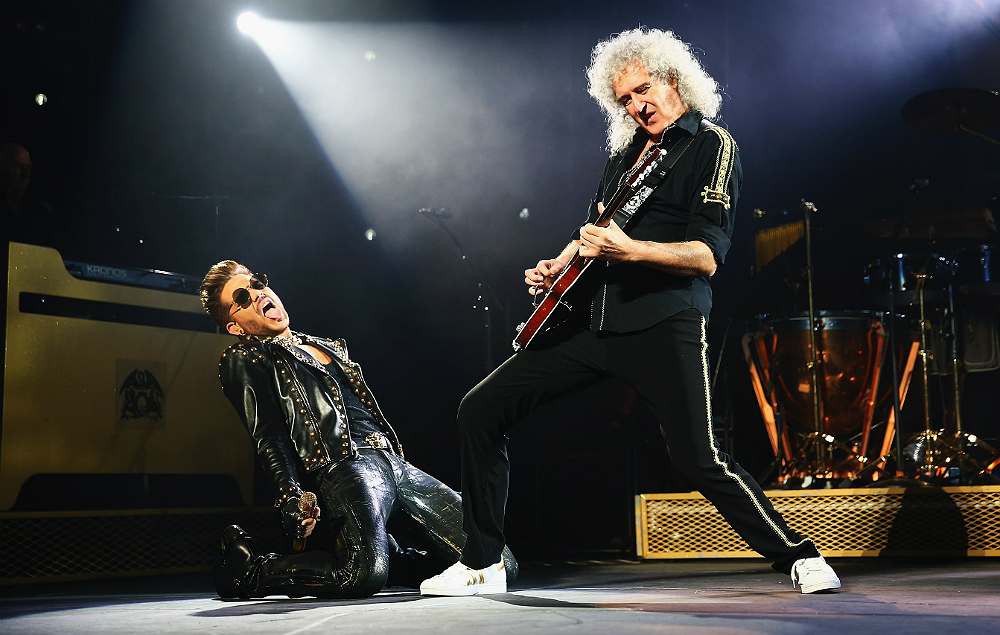 Lambert also told NME that he would love the opportunity to sing for Led Zeppelin, as well as responding to rumours that he and Queen could headline Glastonbury‘s 50th anniversary in 2020.

The post Adam Lambert: ‘Donald Trump’s first 100 days in office have been a fucking mess’ appeared first on NME.