US sitcom Friends had audiences laughing, crying and “Oh… my… God”-ing for a decade. For over 236 episodes, we were captivated by the show’s quick-wit, one-liners and honest perspective on the importance of friendship. Although the final episode, ‘The Last One – Part 2’ aired over 13 years ago (on May 6 2004), the popularity of Friends hasn’t subsided.

With speculation of a reunion (again) and Friends! The Musical! debuting in New York later this year, we can’t think of a better time to binge-watch all 10 seasons and browse our merch collection inspired by the most memorable moments from Friends. 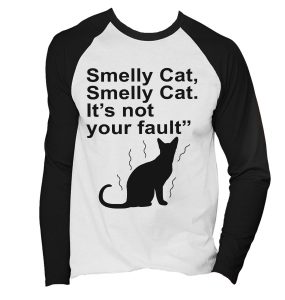 Season 2, Episode 6, ‘The One With the Baby on the Bus‘ and Episode 17 ‘The One Where Eddie Moves In‘: Channel your inner Phoebe and educate the world about the plight of olfactorily-challenged felines everywhere. Disclaimer: Smelly cat not included. 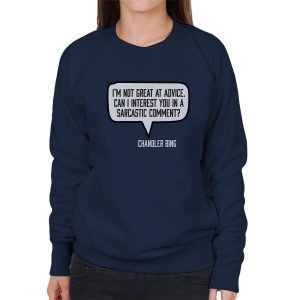 Season 8, Episode 7, ‘The One With The Tea Leaves‘: Chandler Bing is a man of many words…just not always the right ones. He was always available for a sarcastic quip and awful yet irresistible one-liners. If you’re a bit of a Bing then use this sweatshirt as a get out of jail card the next time you’re asked to be compassionate and sarcasm just falls out your mouth instead. You warned them, right? 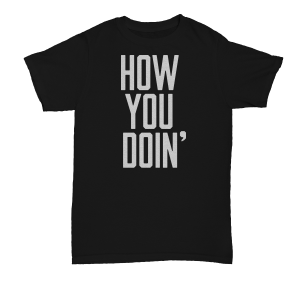 Season 4, Episode 13, ‘The One With Rachel’s Crush‘ and pretty much every episode after that: In the spirit of Joey Tribbiani, let your shirt do the talking. 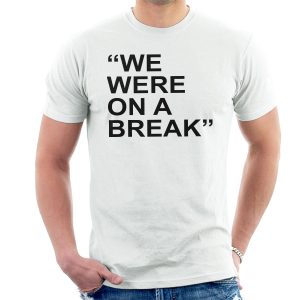 Season 3, Episode 15: ‘The One Where Ross and Rachel Take a Break‘ (and whenever Rachel felt like bringing it up): Whether they were on a break or not, surely we’ve all pulled a Ross and clung on to a rather feeble excuse? 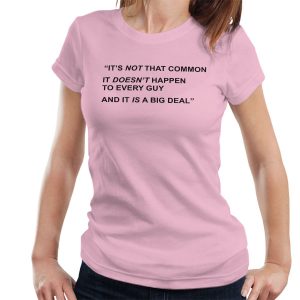 Season 4, Episode 1 ‘The One With The Jellyfish‘: Let this shirt inspire your most scathing breakup remarks, Rachel Green style. 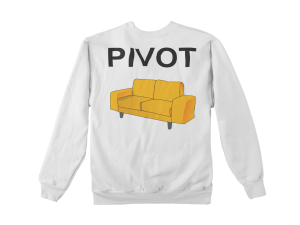 Season 5, Episode 16 ‘The One With The Cop‘: Save your valuable energy with this shirt, which provides your friends with helpful, clear instructions for their next furniture-relocating venture. The outtakes for this scene have got to be the funniest of them all as well – check them out below. 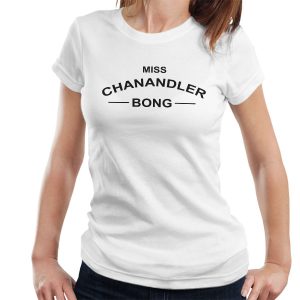 Season 4, Episode 12 ‘The One With The Embryos‘: An alias must be subtle, believable, and, in the case of ‘Miss Chanandler Bong’, available for use on your TV Guide subscription. Bonus points if you use it as a question while quizzing your friends. 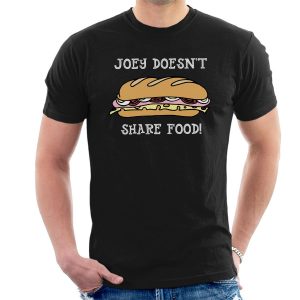 Season 10, Episode 10 ‘The One With The Birth Mother‘: Whether it’s a date or a baby, it really doesn’t matter, some people just don’t share food. Essential for any date that requires you to subtly set your boundaries and guaranteed to protect your fries. 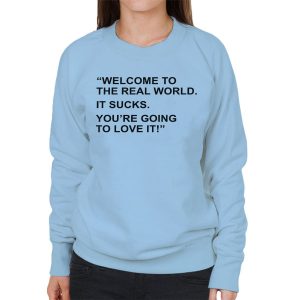 Season 1, Episode 1 ‘The One Where Monica Gets a Roommate‘: The ideal sweatshirt for comforting a runaway-bride-turned-roommate and just kind of the truth. It’s also a much simpler way of cheering someone up than sticking your head in a turkey. 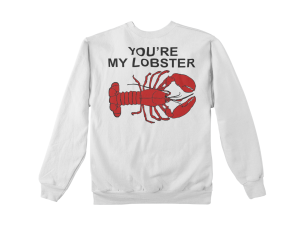 Season 2, Episode 14 ‘The One With The Prom Video‘: Come on, you guys. It’s a known fact that lobsters fall in love and mate for life. Buy this sweatshirt for your lobster and hold claws for life. Check out Phoebe’s theory below. 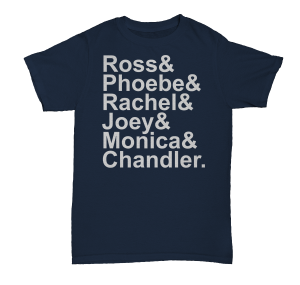 Need we say more? If you’re simply an all-round, die-hard fan then get this t-shirt and wear it with pride. Friends may be gone (for now) but it’ll never be forgotten. Literally… there are always re-runs showing somewhere.

Check out our entire range of music, film and TV merch from the NME Store.

The post 11 hilarious ‘Friends’ moments that we had to stick on a t-shirt appeared first on NME.

The Brits quiz: can you remember the biggest moments from the last 20 years?