Like Stranger Things and The OA? Here are 10 more mind-bending mystery series you can watch right now

Premise: Years after the disappearance of two per cent of the world’s population, a small US community continues to struggle with the after-effects.
Why you should watch: The unresolved mystery makes tensions compellingly fraught. It’s an HBO show, so think The Wire, Game Of Thrones.
Status: Began in 2014; the third and final season arrives in April.
Watch on: Amazon Video

Premise: Plane crash survivors investigate the seemingly sentient island they’re stranded on.
Why you should watch: The most talked-about TV show of the noughties, Lost was as brilliant as it was baffling.
Status: Ran for six seasons from 2004 to 2010.
Watch on: Amazon Video

Premise: Eight telepathically connected people share thoughts and skills, but face persecution from a mysterious threat.
Why you should watch: Created by the Wachowskis (The Matrix, Cloud Atlas) it’s a huge, beautiful and progressive show with a mad premise.
Status: Began in June 2015 and season 2 arrives in May.
Watch on: Netflix

Premise: After the disappearance of a college friend, directionless hipster Dory gets obsessed with finding her.
Why you should watch: For its post-Girls humour, NYC setting and massive plot twists. And because Arrested Development’s Alia Shawkat (Maeby Fünke) stars.
Status: First aired in November 2016, recently renewed for a second season.
Watch on: All 4

Premise: A con artist discovers she’s one of multiple clones, all of whose lives are in danger.
Why you should watch: Sure, it explores the ethics of human cloning, but mainly it’s Tatiana Maslany’s performance that makes it so great. She won an Emmy for it last year.
Status: The fifth and final season is due in April.
Watch on: Netflix

Premise: FBI agents Mulder and Scully investigate freaky supernatural cases.
Why you should watch: The theme tune, the relationship between superstitious Mulder (David Duchovny) and cynical Scully (Gillian Anderson), and the out-there plots.
Status: After 14 years, it returned for a 10th season in 2016.
Watch on: Amazon Video

Premise: Based around the Coen brothers film, this anthology series mixes organised crime and mystical philosophy with super-cute North Dakota accents.
Why you should watch: The last two seasons have been about good people doing terrible things, turning domestic tedium into a taut thriller with significant supernatural elements.
Status: Season 3 is due in 2017.
Watch on: Netflix, Amazon Video

Premise: In an isolated French town, dead people return, seemingly alive and well, to their community.
Why you should watch: This dark fantasy world is so elegant and intoxicating it makes its hulking undead peer The Walking Dead look like goofball comedy Shaun Of The Dead.
Status: Began in 2012, ended after two seasons. Don’t bother with the second.
Watch on: Netflix, Amazon Video

Premise: In one reality Michael Britten’s wife survived a tragic car accident; in the other his son did. But which reality is, erm, real?
Why you should watch: As well as its central mystery, this show’s also a great police procedural drama and the performances – especially from Jason Isaacs – are top-notch.
Status: Ended after one season in 2012.
Watch: Amazon Video

Premise: Cybersecurity expert Elliot Alderson leads a double life as a hacker, working to destroy a conglomerate he calls Evil Corp.
Why you should watch: Rami Malek’s dour portrayal of Alderson will have you questioning if any of what he tells you is real.
Status: Season 3 is due in summer 2017.
Watch on: Amazon Video

Three upcoming mysteries to watch out for

What it is: Hit ’80s nostalgia trip about monsters and evil scientists.
When it airs: October 31, on Netflix.
What we know so far: Sean Astin (Lord Of The Rings) is joining the cast. The show’s creators say season 2 is about “the struggle to regain normalcy, and maybe the impossibility of it.”

What it is: Seminal, surreal murder mystery revived for a third season after 26 years.
When it airs: May 22, on Sky Atlantic.
What we know so far: Joining the cast are Jurassic Park’s Laura Dern and Scott Pilgrim himself, Michael Cera.

What it is: Supernatural saga about two missing children in a German town, set in the present and in 1986.
When it airs: 2017 on Netflix.
What we know so far: It’s the first Netflix Original from Germany and is made by the producers of the Oscar-winning The Lives Of Others. 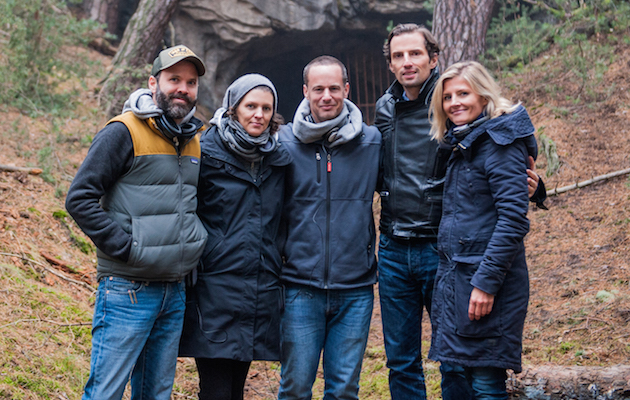 The post 10 mystery TV shows to get your teeth into appeared first on NME.